This year’s highly anticipated smartphone will undoubtedly be the Apple iPhone 14, which is expected to hit the market in September or October. Prior to the launch of the iPhone 14, tipsters have been working hard to bring the tiniest details of the upcoming iPhone and its other models to Apple fans. We already have an idea of ​​what the iPhone 14 can have in terms of design, camera, chipset and price! But you might be surprised to hear that the iPhone now comes in a new color! Everyone will want to buy it as soon as they see it. Yes, the latest leak has hinted that the iPhone 14 Pro will now also be available in gold. 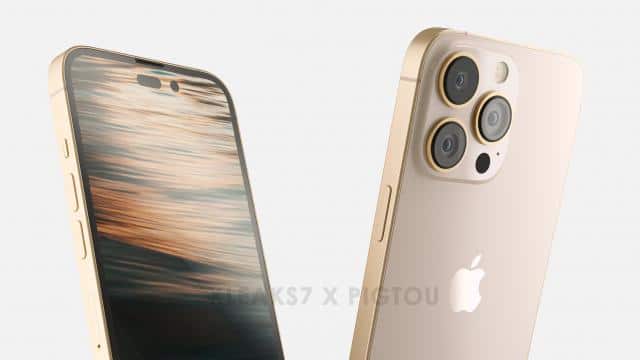 According to information shared by pigtoo.com, in addition to the usual colors (which we usually associate with iPhone models), the iPhone 14 Pro will also be launched in a new gold color. A report from Apple Track has revealed that the iPhone 14 lineup is expected to be available in all new color options, including purple color and a new True Tone flash design.

Also Read- Bumper discount on these 5 phones including Samsung-Xiaomi, cheapest in just ₹749

Besides color, what else is special about the iPhone 14 series?
Aside from the new colors, the design has been the subject of discussion ahead of the iPhone 14’s launch. The latest design leak on Weibo has revealed that the iPhone 14 Pro and iPhone 14 Pro Max will have a pill-shaped cutout and opening for the Face ID slot. sensor and selfie camera. While the non-Pro iPhone model will have the same notch display again. Well, another major update has been given to the iPhone 13 series, the next iPhone 14 is expected to include a new 48MP sensor for the wide-angle camera that will be used for the Pro model of the iPhone 14 and the new A16 chipset , which is tipped to only pack in the Pro model.